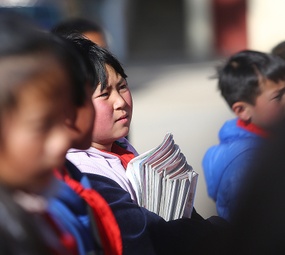 "Cherishing tea and loving people” is TAETEA’s core corporate value. TAETEA has been fulfilling its social responsibilities in respond to the country’s call, sticking to the principle of being achieved by the society and contributing to the society.
Established on December 12th, 2007, approved by and registered with the Education Department and Civil Affairs Department of Yunnan province, Yunnan TAETEA Charity Foundation is the first charity foundation in China’s tea industry which is wholly invested by a tea enterprise. In 2013, it was rated as a 5A charity foundation (highest rank in China). Its founder Mr. Wu Yuanzhi was given the “Special Achievement Award” on the 20th anniversary of the Project Hope by the Central Committee of the Communist Youth League of China and China Youth Development Foundation.

For a decade over, we has been participating in accidents and disasters alleviation.

Whenever there is need, there is TAETEA.

In 2008, right after the Wenchuan earthquake in Sichuan province, TAETEA Charity Foundation donated millions of Chinese yuans to build two schools that are able to withstand magnitude 8 earthquakes.

In 2009, Yunnan experienced a once-in-a-century drought. TAETEA Charity Foundation raised 1 million Chinese yuan to fund the digging of 27 "wells of love" to solve water problems in the drought-stricken areas and the building of  100 small water cellars for villagers in difficulties.

In February 2020, TAETEA Charity Foundation set up a 10-million-Chinese -yuan Angels in White Protection Fund to cover the insurance for more than 38000 medical personnel who went to Hubei and fought the Covid-19 epidemic.